It had been a while. A long while, in fact, since I'd taken the kayak out in the saltwater. My Everglades adventure was the last time the big yellow yak had seen action and as I loaded up the trailer and dragged the boat out of my apartment, signs from the Glades were still very much present. The kayak still had mud all over it. Inside, my spare paddle banged around. And the snapped cable to my rudder was still broken, held together only by the piece of dock line I'd found washed up on the beach.

I honestly haven't had much time for...well...anything really. Especially not fishing or repairing gear. I just recently quit my second job because I was so busy. Now that I'm down to just one, my weekends are free. But rather than spend them fishing, the past few weeks I've found myself spending time with friends who were about to graduate and leave this college town.

But I finally got a free weekend with good weather (a miracle...I know), and I took advantage of it. So early one Saturday morning, my friend Ian and I loaded up the kayak trailer, and drove over to Cedar Key to look for Reds. 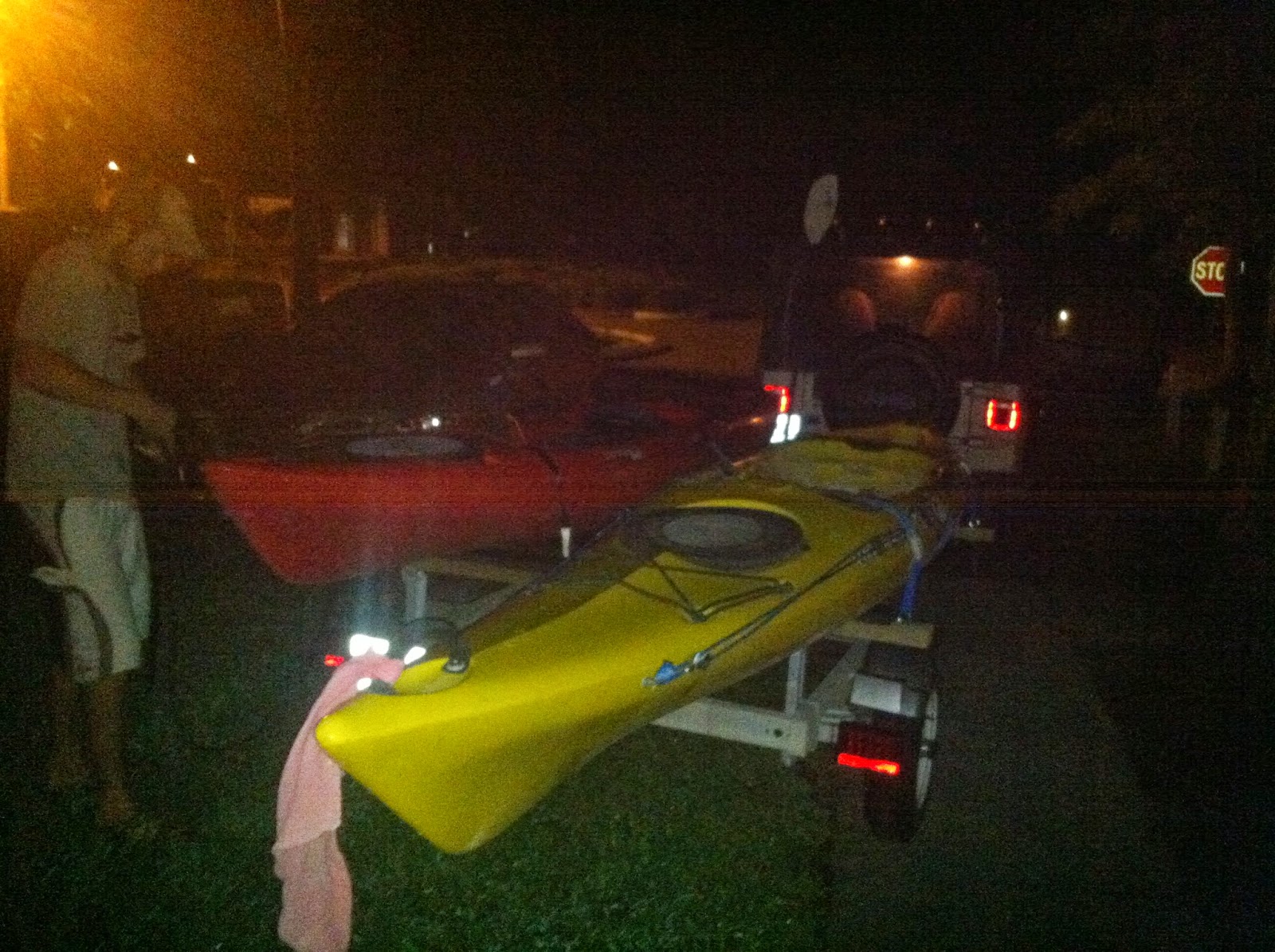 We arrived just a few minutes after sunrise and quickly began loading up the kayaks. I realized that it'd been nearly two years since I last fished this area near the Shell Mound and the last time I was here, my dad and I tore into the tailing Redfish. I could tell we were both excited with how quickly the yaks were loaded and the paddling started. But I was quickly reminded of an extremely important act of nature that practically drives Cedar Key: The tides.

Considering how strapped I've been for free time, I decided to just go. Just go to Cedar Key and not worry about what tide it is. There's no other opportunity for me to go. So go I did, and I did so during a time that the tides were polar opposite of what I wanted. Outgoing tide all morning, low tide at 10:15.

Needless to say, the water was skinny, and getting skinnier by the minute. To add to my frustration, the wind decided to kick up to about 15-20mph out of the east. Paddling was by no means easy, but we managed to make our way around the oysters and cuts and work out toward the gulf.

I'm still not exactly sure why I decided to switch up lures, but I did, and I tried something I've never done before. A few days prior, I bought a $1 spinner bait at Walmart. I think I may have done it just to help begin filling up my new tackle box, but I remembered that I read something once about using spinners for Reds. So...why not give it a try?

Three casts later I hooked what I thought was an oyster bar...at least until line started screaming off my drag. I set the hook and immediately began getting drug around. I shouted over to Ian that I had an -actual- fish on. Not just something small. Round and round we went; the fish peeling off drag and pulling the kayak in wide circles against the wind. Repeatedly the fish circled the boat and thanks to the high wind, the kayak stayed pointed one direction as I was being pulled the opposite. This made me play the fun game of fighting the fish backwards and switching the rod back and forth over my head. By this time Ian had made the paddle over from where he'd been and was getting the camera ready.

It was then that I saw it. The massive Redfish rose up from the muddy waters and thrashed on the surface. It was a big fish. 30+ inches and it still had quite a bit of fight left in it. It rolled on the surface for a moment longer, then peeled out more drag. Soon it was back on the surface, and it made a quick turn, running straight toward the boat. I quickly reeled to keep the line tension up, but to my dismay, I literally WATCHED the lure fall out of the fish's mouth.

Not break, or bend, or rip out. It just sorta fell out. I was shocked to be honest. It's rare for me to lose a fish after fighting it for so long. Usually when I lose one, it happens in the first few seconds of the fight. Not several minutes in.

I'm not one to really ever let losing a fish get to me, but this one hurt. It'd been a while since I'd been in the saltwater, and it was an awesome fish. What really bugged me was just how surprised I was that I lost it. I certainly know that's why they call it fishing and not catching, but I beat myself up for the rest of the day over that fish, and that's something I never do.

Unfortunately the tide continued to race out, and fishing soon became almost impossible in the extremely shallow water. Ian and I stood on a mud flat and waited out the tide switch. When it finally started coming back in, we got about another hour of fishing in before we gave up. It was nearly noon, and neither of us had eaten anything all day. Plus, aside from that one nice Red, we'd had zero luck.

I honestly can't wait to go back. Now that I've settled into my work schedule, I should be fishing every weekend that I can. Next time I'll be sure to time the tides a little better and actually hit it on a high tide. And with any luck, I can get round two with mister Redfish. I've got a score to settle. 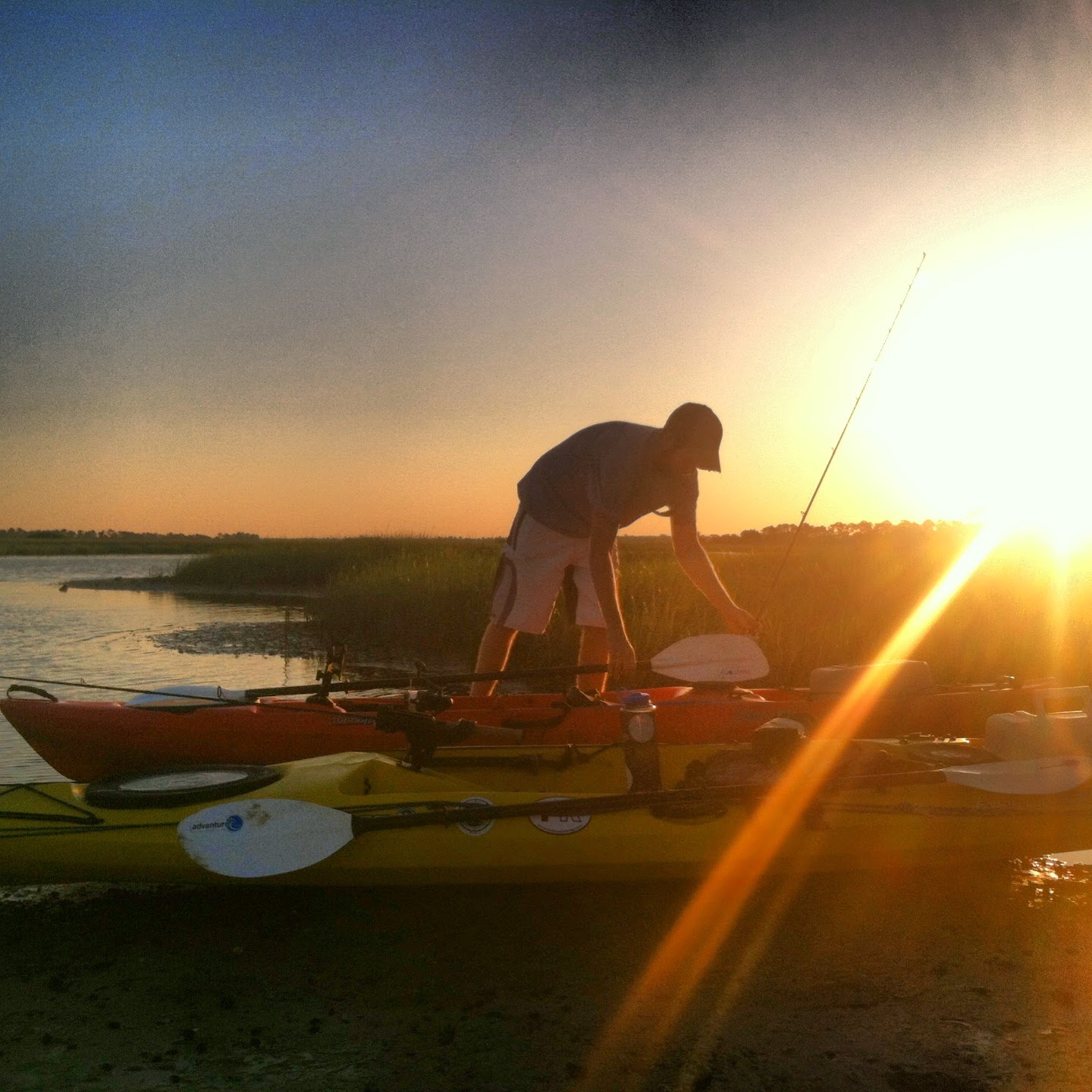 Not a whole lot to report here, but I decided to let everyone know that I am, in fact, still alive and kicking. I started a new job working in ecological monitoring and focusing on mammal trapping. What I'm not used to are the hours. No, it's not strange midnight shifts and what not. Instead I'm trying to get used to the "normal" Monday-Friday 9-5 thing.

The good news is that I have weekends now, and starting next week I'll actually be getting back out on the kayak for some fishing. It'll be the first time it's touched the water since the Everglades, and I can't wait.

Stay tuned! I'm sure I'll have plenty to report on soon enough! 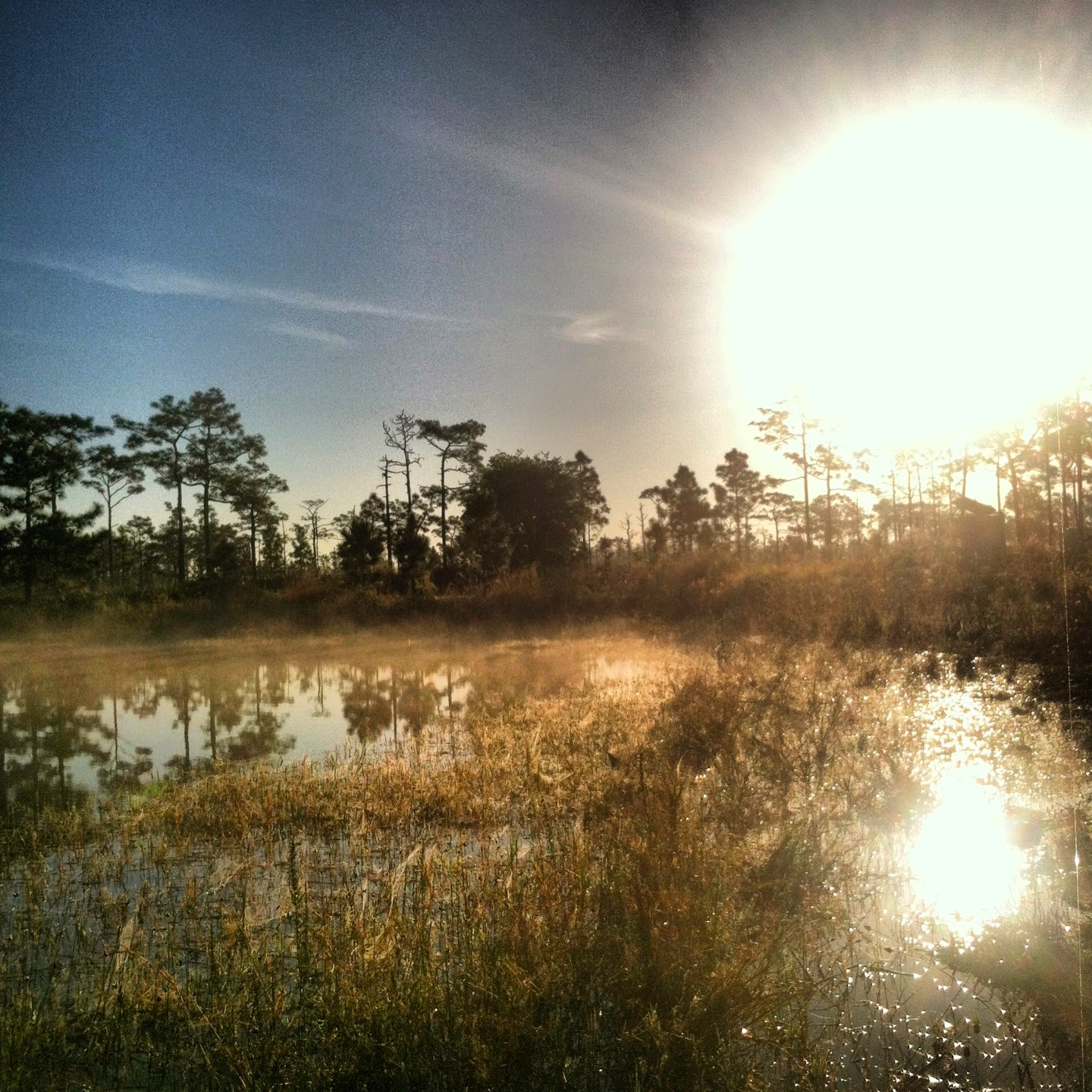